Classification And Determination Of Soil Types

Did you know that dirt is classified differently? Soil and rock deposits are categorized into four basic types:

Each soil and rock deposit will be classified by Andre Abajian or SoCal Removals designated competent person as Stable Rock, Type A, Type B, Type C, or layered strata, in accordance with CAL-OSHA definitions.

The visual and manual analyses will be designed and conducted to provide sufficient quantitative and qualitative information as may be necessary to identify properly the properties, factors, and conditions affecting the classification of the deposits.

If after classifying a deposit, the properties, factors, or conditions affecting its classification change in any way, the changes will be evaluated by a competent person. The deposit will be reclassified as necessary to reflect the changed circumstances.

Stable rock is natural solid mineral matter that can be excavated with vertical sides and remain intact while exposed. It is usually identified by a rock name such as granite or sandstone. Determining whether a deposit is of this type may be difficult unless it is known whether cracks exist and whether or not the cracks run into or away from the excavation.

Type A soils are cohesive soils with an unconfined compressive strength of 1.5 tons per square foot (tsf) or greater. Examples of Type A cohesive soils are often: clay, silty clay, sandy clay, clay loam and, in some cases, silty clay loam and sandy clay loam. No soil is Type A if it is fissured, is subject to vibration of any type, has previously been disturbed, is part of a sloped, layered system where the layers dip into the excavation on a slope of 4 horizontal to 1 vertical (4H:1V) or greater, or has seeping water.

Type B soils are cohesive soils with an unconfined compressive strength greater than 0.5 tsf but less than 1.5 tsf. Examples of other Type B soils are: angular gravel; silt; silt loam; previously disturbed soils unless otherwise classified as Type C; soils that meet the unconfined compressive strength or cementation requirements of Type A soils but are fissured or subject to vibration; dry unstable rock; layered systems sloping into the trench at a slope less than 4H: 1V (only if the material would be classified as a Type B soil).

Type C soils are cohesive soils with an unconfined compressive strength of 0.5 tsf or less. Other Type C soils include granular soils such as gravel, sand and loamy sand, submerged soil, soil from which water is freely seeping, and submerged rock that is not stable. Also included in this classification is material in a sloped, layered system where the layers dip into the excavation or have a slope of four horizontal to one vertical (4H: 1V) or greater.

Many kinds of equipment and methods are used by Andre Abajian and the crew of SoCal Removal to determine the type of soil prevailing in an area. These procedures should only be performed by a State licensed geologist and or competent person and can consist of any of the following methods: 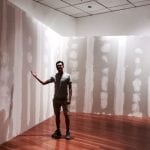 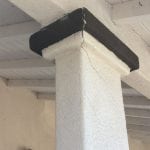 A Car Damaged My Property – Next Steps 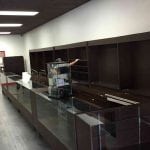 Get a Free Estimate Servicing the entire Orange County area.

Mold inspection and clean up, water damage clean up and repair